Have you ever had a client who wants to run a shopping list commercial?

One that goes on and on listing price and product?

And then they complain that it didn’t work?

That’s where the power of ONE comes in to play!

I had this thought really re-enforced yet again while chatting to a new client, someone who had finally decided to give radio another go after a very short run Call To Action campaign that they had run before, had failed…

Before they had said “We’ve always done it this way, and we always will, we won’t change because our customers don’t change.”  Then, this same client had said to me previously… “We tried that once before, about 6 years ago, it didn’t work then, so it won’t work now.”

What had they done before, and why didn’t it work?

Their ‘shopping list’ style commercial with lots and lots of prices, products and codes (this was a tyre distributor) and they didn’t sell one set of tyres… I wonder why? There was simply too many messages, too many options and too much information for a listener to absorb any of it and act on it… what they needed was to simplify the message down to just one core idea only… just one!

And I had to sit down with them and talk about why I was going to do it.

Below is what I covered with them…

Now… In the almost 40 years I have been involved with media I have seen a lot of bad, good and mediocre ideas come and go.

I have been saddled with some very restrictive “Do’s and Don’ts” in the production of a commercial from both the branding packages supplied by client, and from station management in different mediums.

Here is what I have learnt…

The execution of any idea (or lack of execution) can either kill or complicate its delivery.
But the actual idea or concept itself has to be singular, this is…
One idea.
One concept.
One theme.
I think you get the message.

While working in television I produced some great TV commercials, and some very sucky ones too.

I had one TV commercial work so effectively that it sold a very expensive multi-story house, sight unseen, by someone working on an oil rig thousands of miles away. It was simple, little text on the screen, and only a phone number on the end of the commercial.

Also, a commercial with thousands of dollars thrown at its production, and everyone involved in the commercial production ended up scratching their head and wondering about what the hell they had just produced. It was full of text, dialogue and descriptions… it just sucked in every way possible.

I have also, have to say that I have sadly designed websites that were so graphically slick and intense with content that the majority of people couldn’t load them due to their massive size, others so simple that sales on that website drove business up an extra 120% from what they had been.

Now… I have also written and made radio commercials that were so simple they drove people to go the extra mile to get to the business location, with a maximum of 50 words, the imagery we used sold the concept, the product, and most importantly the business.

And other radio spots that just drove people nuts. Mostly against my advice, we did them that way because that’s “what the client wanted.” With a message that is all over the place, it is no wonder that people didn’t act on them.

So What Should YOU Do?

Technology and trends move on, and so do the tastes of the public.
Just because an idea didn’t work before, doesn’t mean it won’t work now, but you need to simplify it for today’s 3 second attention span audience.

Remember… the more complex the message, the less chance you have of convincing a prospective client to act on it.

So simplify your message. Just pick one theme, idea, or concept to sell – and go with it, maybe with a secondary message that gets mentioned once only (that being the price – unless the price is THE one message you want to convey)

Have the product or service you are selling – highlight it, scream it from the roof.
BUT make it just ONE!

Then, have either JUST your address, JUST your phone number, or JUST your website. Not every single contact point (no one wants to know all of your social media Instagram, Facebook, linked in details!)

Next time you are writing a script for a client, think about your ONE core message, and only use that.

No matter how tempting it is to go nuts and add in everything else that you want.

Do it once – you and the client will be surprised by the results.

The Results of doing ‘The Power of One’:

We wrote the client a commercial, focussing on just one thing, this was an extra service they offered, lens de-fogging for car headlights. The time it would take was less than 15 minutes per headlight and it would get rid of the yellow stains that develop thanks to UV damage.

We had found the one core message we wanted, which was the time it took and as a secondary message, the price point. $50 (Australian) for a half hour fix of your headlights, making them brighter at night, and, made your car look smarter.

We tried several different ways of saying this before we settled on a script, had it voiced and produced – then started playing it on-air. All good?

I kid you not – the client called after it was on-air for 2 days and wanted the ad pulled – they had over40 bookings already, they didn’t have time to fit any tyres!

It was too effective. AND… the client is now hooked on Radio Advertising!

All because we took the time to educate the client about “The Power of ONE MESSAGE” per ad.

Try it and see for yourself!

This post was originally written in 2012 by Earl Pilkington on the now closed blog for his book, re-purposed for West Coast Radio BLOG FOR CLIENTS (2014 & 2017), and republished here because… well… I feel generous. Enjoy.

On-Air: 4 Ideas to Improve Your Radio Show from Beyond the 615 Blog Post 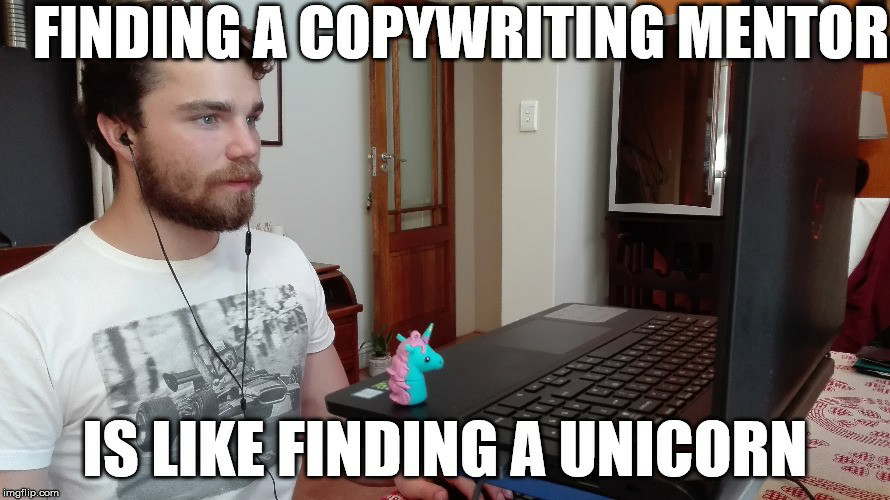