10. Staying positive and Motivating Yourself

Anyone in radio sales, or any sales department for that matter will, on a daily basis, face negative situations.

When they happen it’s not uncommon to feel a range of emotions from rejection, to anger, and confusion.

Next, you can look to your fellow team members for their support – and hope that they might be part of your cheer leading team… but they have their own worries – so what should YOU do?

So let’s break these three things down quickly:

Acknowledge that you are having these emotions – Yes it’s okay to accept what has happened, a client has cancelled a 12 month contract for example – now that’s got to annoy you.

Your angry, upset and don’t understand why.

But once you have had that news, sure get angry about it – but spending anymore than 5 minutes thinking about it is not going to be constructive for you – or any other clients you are going to see that day.

Put aside for now and then, when you get 10 minutes to yourself – AND BEFORE you get back to the office do this…

Grab a notepad and frame what you are saying in positive terms. Write down on the pad what the client said, was it that they can’t afford it right now, don’t have the cash flow, need to prioritize their marketing, whatever it is write it down.

Quickly now… formulate 2 bullet points that are solutions to their objections, and what you might do to change their mind.

For example I had a client once say that they were dropping one form of media all together to go with another because they had gotten a better deal.

That’s all well and good, but I felt it was the wrong move for them… So I wrote out a list of reasons why they were wrong, and then went back to work because…

The next day I called on them again, not to try to convince them that they were wrong, but to let them know that I was there for them with some suggests about what can be done better next time.

I had also spent some time formulating a plan for them to refocus on that analysis, and also give some reasons why radio was the better medium for what they had wanted to do in the short term future.

I didn’t try to tell them that they were wrong, instead I had said that their decision was understandable, but in the future we would do better if we did this (giving them the plan).

THEN – most importantly: I asked if I could come back and see them again in 2 weeks time to see how things were going – it turns out that they called me back after a week because the medium they went with (newspaper) has made mistakes with their ads 2 weeks in a row – they cancelled the paper contract and came back to radio with a bigger spend and a new contract.

All because I was professional, had a plan, didn’t rubbish their choice and faced their challenges with them front on.

I could have sat in my office and rubbished them and their decisions, not gone back to them, complained to everyone who would listen and not gone back and seen them – instead I took control of the situation by trying to figure out what had gone wrong and identified the clients fears, and challenges and then acted on them in a positive way.

In all honesty – I had this happen a few times, and every time I dwelled on it – the results were negative, every single time I actively took control, I had a positive outcome. I encourage you to do so too.

Until next time, keep on selling! 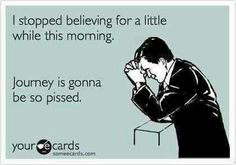